Löwchen, often spelled Lowchen in English, is a member of the Bichin family. The name is German and means Little Lion, an allusion to how the traditional clip for this dog makes it look like a small male lion; with its shaved hindquarters, plumed tail, and a big 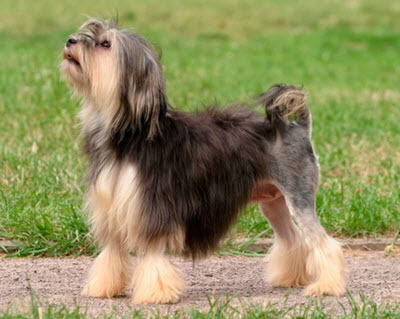 name of hair over its neck and shoulders. Haunches, back legs, and front legs are all shaved, except for the so-called bracelets left around the ankles. The 1/3 – ½ of the tail closest to the body is shaved, while the rest is left natural to form a plume. The Löwchen has an impressive coat that is both long, silky and wavy (not curly).

According to legend, Löwchens were kept as bed-warmers by ladies and the shaved hindquarters served to more easily transfer heat from the dog to the human.

By 1973, the breed was almost extinct, with only 65 registered individuals still alive. Today, the breed has recuperated somewhat but is still considered a rare breed with only a few hundred new dogs being registered annually by kennel clubs worldwide.

Löwchen is a friendly and lively dog; both playful and intelligent. It doesn’t bark much.

Short facts about the Löwchen 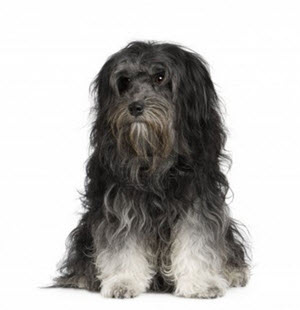 Just like many other toy dogs, the Löwchen is strongly associated with wealthy families, and the Löwchen is depicted on numerous old paintings, engravings, drawings, and tapestries, and also described in literature. It is an old breed, traceable as far back as 1442. It should be noted however that it can be difficult to know for sure if a work of art depicts a true Löwchen or just another small dog trimmed in a lion cut. Throughout the centuries, many dogs in the Bichon family have sported this cut.

In 1944, Madame Bennerts launched an important breeding program for Löwchens that helped the breed survive into our days.

The breed was recognized by the UK Kennel Club in 1971.

Excerpts from the UK Kennel Club’s breed standard for Löwchen

Trivia: The Löwchen is depicted as one of the dogs in slot magic. An iPhone app that let you play slot machines for fun.