The Bolognese, which is a member of the Bichon family, is a breed developed in Italy. It is a small but sturdy dog, with a distinctive single coat that falls in loose open ringlets or flocks all over the body, with the hair on the face being shorter than on the rest of the dog. The white ringlets / flocks, which are set off by dark pigmentation, have a woolly – not silky – texture. 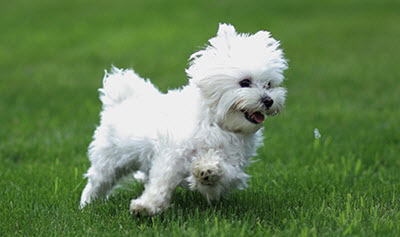 The Bolognese derives its name from Bologna, the largest city of the Emilia-Romagna Region in northern Italy. As a member of the Bichon family, the Bolognese is closely related to breeds such as Bichon Frise, Löwchen, Havanese, Maltese, and Coton de Tuléar.

The Bolognese is an old breed that have existed for at least 800 years. Traditionally, it had strong ties to Italian aristocratic houses. Bolognese dogs can be seen on expensive 17th century tapestry work produced by Flemish craftsmen, and is also included in several old portraits commissioned by noble European families.

Other notable owners of the breed include Empress Catherine the Great of Russia, Empress Maria Theresa of Austria and Madame de Pompadour.

Short facts about the Bolognese

Excerpts from the UK Kennel Club’s breed standard for Bolognese

The Bolognese has no undercoat. This dog doesn’t shed much, but frequent combing is still required to prevent matting. Daily brushing is recommended.

Owners that do not show their Bolognese in dog shows sometimes keep the dog’s coat trimmed or clipped to reduce the amount of required coat care.

The Bolognese is often included in list of dogs “recommended for people with allergies”. That’s because this dog doesn’t shed a lot or moult seasonally. Still, this is no safeguard against allergic reactions. It also important to remember that the dog will shed its old hair, just like humans do.

If you are allergic to dogs and interested in getting a Bolognese, it is strongly recommended that you spend considerable amounts of time with a Bolognese before you commit to owning one. Tolerating brief encounters with Bolognese dogs doesn’t tell you much about how you will react to living with one and having intense interactions with it. 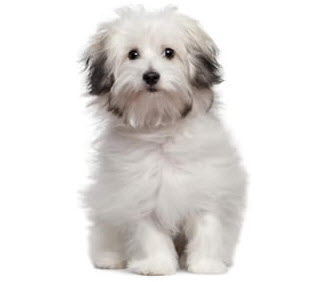 The Bolognese is a playful, intelligent, non-aggressive and easygoing breed. Just like many other toy breeds, the Bolognese is renowned for retaining many puppy-like qualities throughout its life, such as playfulness and curiousness.

Compared to a Bichon Frisé, the Bolognese tends to be a bit more reserved. Early socialization with many different people is recommended to make sure the dog doesn’t become overly standoffish towards newcomers.

Training a Bolognese is easy, since it is smart and eager to learn. It can however grow bored and stop obeying if it is forced to go through numerous repetitive drills. Varied training works best.

The Bolognese is not an incessant barker, but will notify you of anomalies, e.g. a stranger approaching. You can usually get a Bolognese to stop barking by simply acknowledging that you have noticed the oddity as well.

Bolognese dogs tend to be very healthy until circa 10 years of age, and can usually survive for several years more if they get the right care when symptoms of old age begin to manifest.